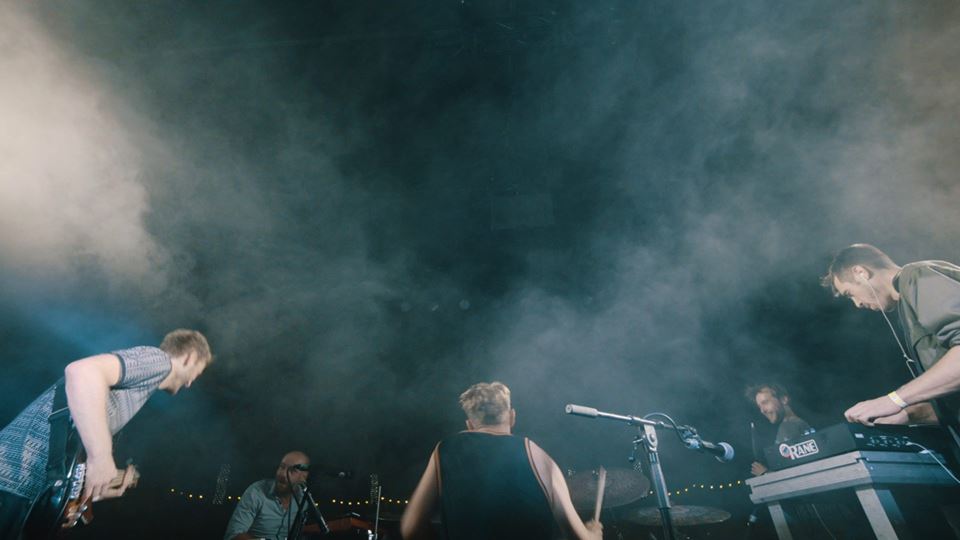 STUFF. is a 5 piece live band that brings a crossgenre groove, influenced by LA beatscene, 70-ies fusion and electronics, they cook up something you could call future funk. As the first European live band they were invited for a Boiler Room session in the summer of 2014 which can be seen beneath. The band released their untitled debut album on March 2015, which sold over 12.500 copies to this date, made them tour over Europe and won several prices. The second album ‘old dreams new planets’ was released April 2017. Without any airplay it reached the top of the album charts in their home country.

Quotes
This is what I imagine Flying Lotus’ band to be like
Phil Taggart, BBC Radio 1
It’s a really exciting time for music with groups coming through like STUFF.’
Gilles Peterson, BBC Radio 6
STUFF. is what you would get when Hudmo and FlyLo would give Alt J their MDMA before going on stage, telling them to sound like instrumental Beastie Boy’s Check Your Head.
Fan quote
They take strides through the experimental alongside Aphex Twin, have roots that dig the crates for Public Enemy and soul standards set by Pharaoh Sanders. A pleasingly cohesive mish mash that lends itself to the occasional mosh. In the studio they cultivate intelligent sounds but on stage they unleash some hidden funk to get down to.
Jazz Standard
Albums
Videos
Highlights live